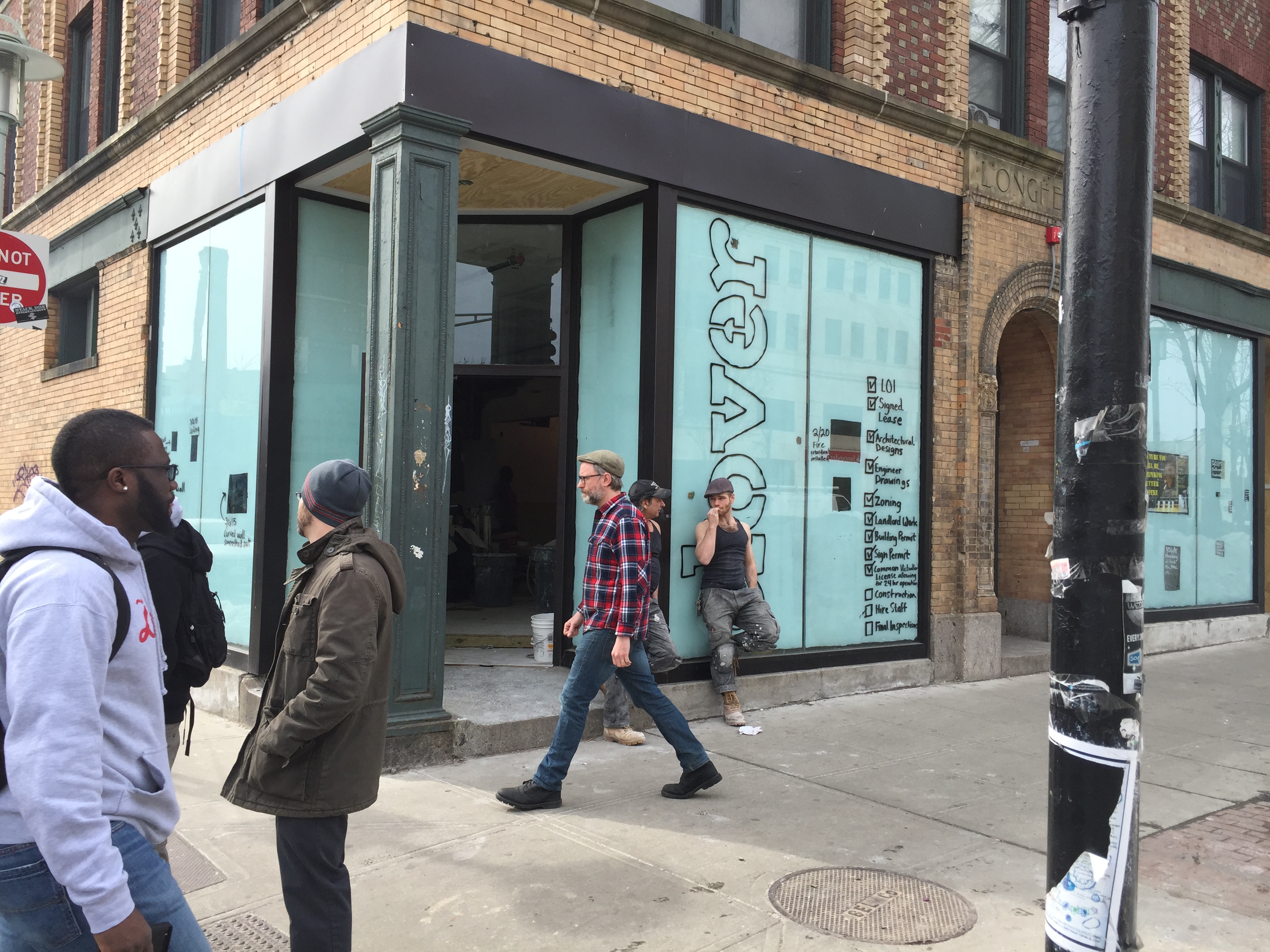 This isn’t the first time I disappeared for a while. Sorry everybody. So much is happening right now and I’ve done a terrible job making time for writing.

So much is happening right now, and that picture you see above, CloverHFI in construction, anchors that list. We have an official open date now: 22 April, 2015. That’s less than 1 month to 24 hour Clover. Less than 1 month. I’ll post a bunch on this in the coming days. In the meantime if you want to be part of this little revolution in Cambridge you can apply for a job at Clover. We have an amazing GM and Assistant-GM for the restaurant and we’re in full blown hiring mode right now.

What else? Whole Foods is on. We’re in the final stages of figuring that out. So soon you’ll be able to buy Clover at Whole Foods in the prepared foods section, and in time you might find a Clover restaurant inside a Whole Foods. Crazy, right?

We’re about to bake our own bread. Single largest improvement to food quality since we opened day 1. We bought the oven for pita making and spent 18 months (and too much money) making it OK for use in Massachusetts. This will fire up in about 1 month. More to come.

Newbury is going to happen. I know, I’ve been saying that for 3 years, but we have reason to think we’re close. A reason that looks like a building permit. Hang on.

Trucks are re-launching. Keep an eye out for a full schedule.

We’ve been invited to work with the Red Sox to kick off some street vending at Fenway. Really fun short term project.

We’re in the planning stages for a restaurant in Copley Square. Later this year.

We’re about to close a little bit of funding that was unexpected. This means we might have a truck in DC as soon as this summer. Sean, who has been coming up every week for 9 months to learn Clover can’t wait to go home and build us there.

We’re growing our team. I haven’t introduced Dave yet I don’t think, but will shortly. He’s our new VP of Operations, and he started in January. We couldn’t be happier, he’s just amazing and is going to do incredible things at Clover.

We just hired a Sr. Accountant. We’re searching for a VP of Finance. Bar is high for this hire. If you know somebody or are somebody with amazing experience at big firms and operating companies, a CPA, and love Clover let us know.

I’m just about done with a project that completely re-wrote the POS. Totally new ground up. It’s about to launch and will make Clover much better.

Some skunk-works projects I can’t really talk about because they involve others who wouldn’t want publicity yet.

So a lot is going on. I’m going to figure out how to add daily writing to the list. Seriously. It’s been too long.